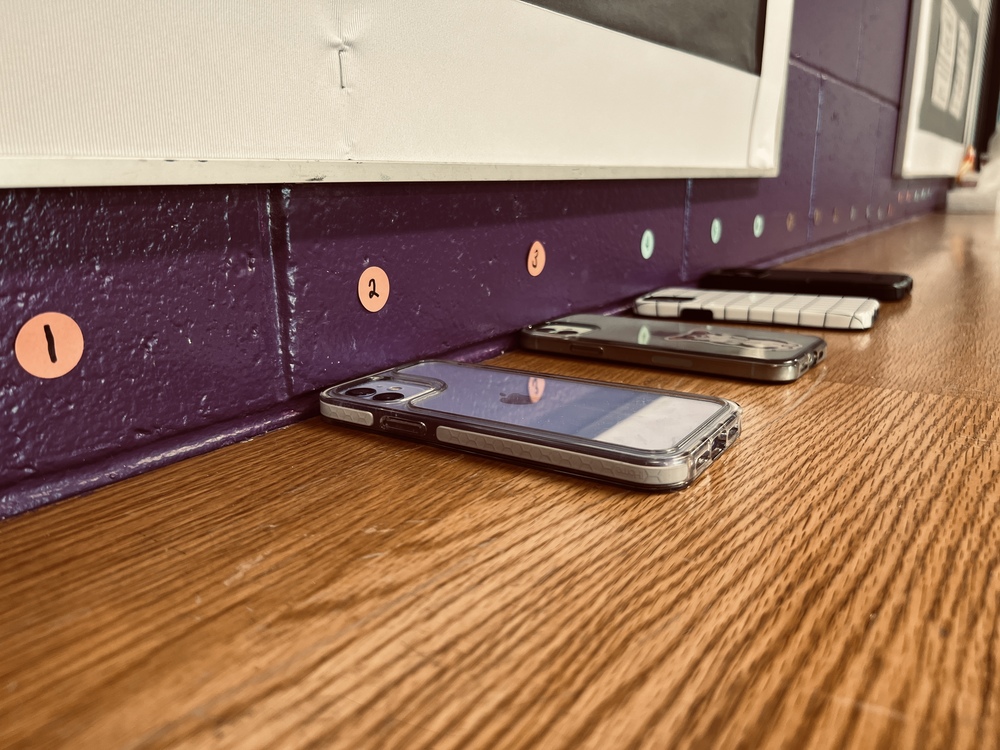 Cell Phones in the Classroom

Cell phone use by students in school has been a focal point for school personnel for the last 20 years. There have been goals of outright banning cell phones in one district followed by the idea that they should be used educationally in a neighboring district. It has been confusing to navigate when trying to set up the best possible system for Hampton Public School.

Entering the year, our procedure was based on individual teacher discretion regarding how they were handled in a classroom setting. The idea was solid because the goal was for teachers to have the ultimate say in how cell phones would be managed in their space. However, the actual result of that operating procedure was confusing for new students and used by others to pit one teacher against another. It was hard to enforce and painful from all angles.

Taken from several districts in the area, our new procedure, implemented and introduced at the beginning of the semester to all secondary school students via an assembly in the gym, unifies the high school under one procedure. This is simple: students enter the classroom and place their cell phone in an area designated by the teacher. This is often a cell phone tray. Students then pick their phones up on the way out of class at the end of the period. Unless for a specific and time-bound activity, students will not have access to their phones for the majority of the class period. The reason for this stems from several things; first, notifications are a distraction to students' attention. For more information on this, I encourage everyone to watch “The Social Dilemma” on Netflix. The second reason for our policy is that we acknowledge most students have phones so instead of hiding them, we have them in the open. Students can still check their phones in-between classes and for the entirety of lunch.

At the assembly where I introduced the procedure, I asked the students a simple question. “What is our role as teachers?” The answer that we settled on was to prepare students to be successful in whatever their next phase of life is. Academically and socially we as a staff believe that cell phones were getting in the way of this goal and therefore this unified procedure was put in place.

If anyone has questions about our enforcement of the handbook-dictated cell phone policy and the procedure in which we implement that, please do not hesitate to call me at the school. I appreciate and am open to all discussions regarding this. Have a great January and Go Hawks!