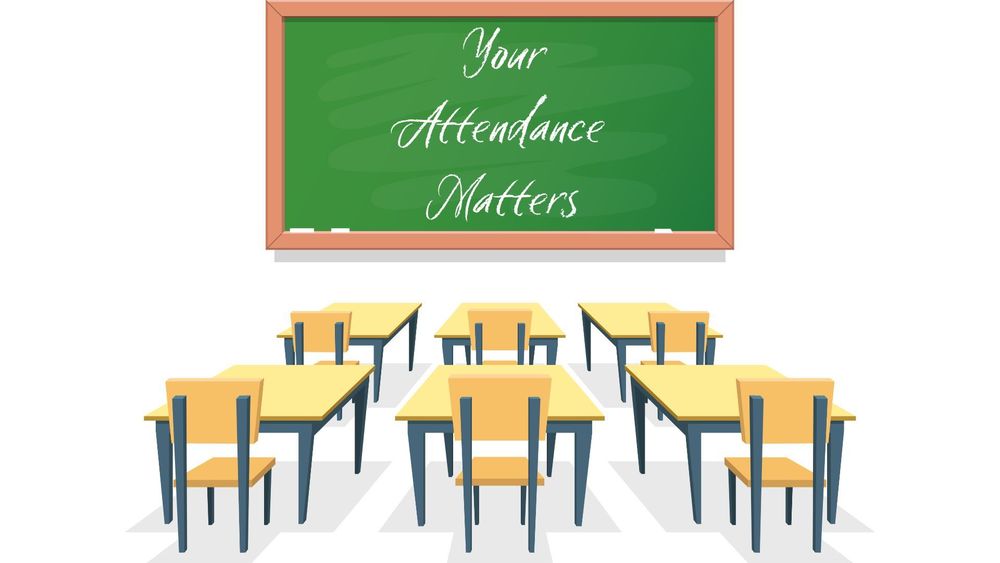 Attendance. While this topic may seem straightforward, recent data released by the Nebraska Department of Education (NDE) shines more light on attendance and what it means.

According to the NDE, students are chronically absent if they miss more than 10 percent of days (roughly 17) in a school year. What is deceptive about this number, compared to the Hampton Public School policy, is that the NDE does not differentiate between Excused and Unexcused absences - gone is gone, regardless of the reason. This means that when they run a report from our system many students are deemed “chronically absent” even if they have only one or two Unexcused absences. For instance, a 9th-grade student goes on vacation for five days in a school year, is sick for five days (with doctor's notes), has four dental appointments for braces, and has a few chiropractor appointments in Lincoln that cause them to miss the entire day. This student would then be deemed “chronically absent” according to the state even though every single one of those absences may be excused from school.

There are two reasons why it is important to understand why being present at school matters. The first reason is simple: I want our school to be the best, even in the area of attendance. We are compared to other districts in different categories with one being attendance and the percentage of students who are deemed “chronically absent.” The second and more important reason is that according to research, “irregular attendance is a better predictor of success than test scores.” We know that test scores do not define the whole student, but they still give us a picture of what students know. We look at scores to determine a multitude of things including curriculum and individual student needs. Something that matters even more than the test scores, according to research, is being at school.

I know that each individual student and their needs are different and unique. Every student has different appointment times and things happen where they have to miss school. However, if there is something that can be done to move appointments before or after school, know that it is beneficial to have your child in school for their long-term success. Attendance is often overlooked, but one of the most important things that students can do is to simply be present. School does matter, and because of that, I want to encourage everyone to be in school when they can.