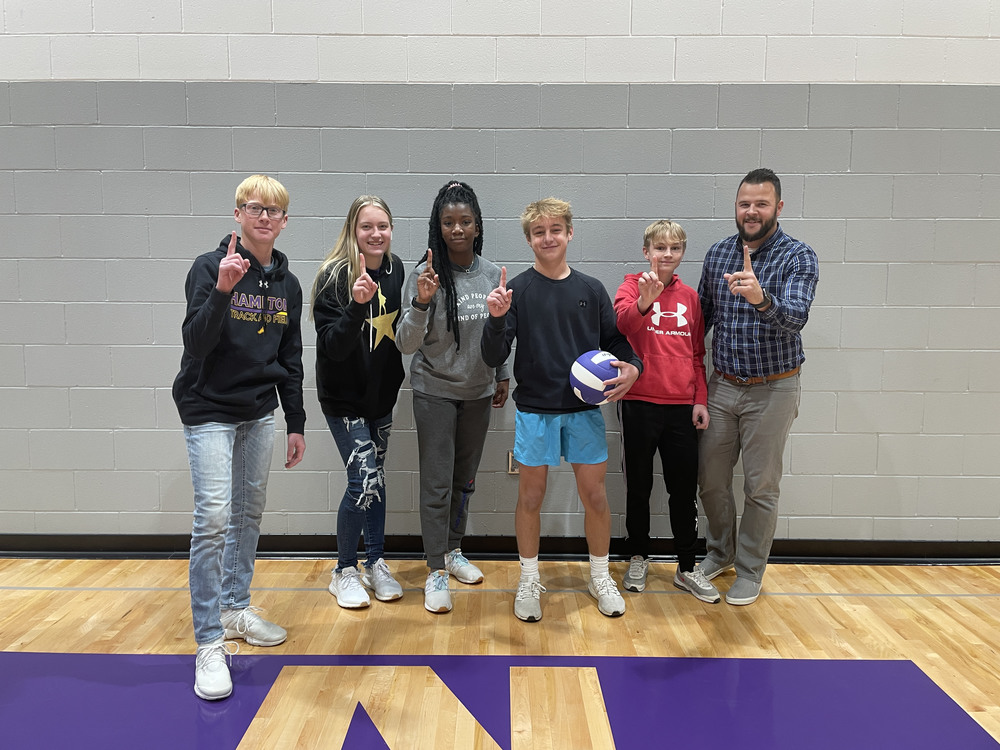 How exciting does a little competition inside your school sound? At Hampton High School, the Hawk Families have completed a volleyball tournament to make their day more exciting.

Mr. Alexander and Mr. Ediger started the idea when their families decided to play a quick game of volleyball against one another. They wanted to take this competitiveness to the next level and thought about how they can get the high school in on it. In response, Mr. Ediger had his PreCalc class help him create rules, brackets, and schedules to organize a tournament.

The basic rules they established were as follows: you only play one set and whoever gets to 11 first or has the highest score when the bell rings wins, you have to win by two unless the bell rings, everyone will be on the court including teachers, you have to rotate, the ball must be served underhand, and only people in your family are allowed to play on your team.  Three pool play games were completed before the single-elimination tournament began.

Mr. Ediger discussed what he would like to see come out of this experience, “My goal was to promote competitiveness and comradery.” He then continued by discussing how this would be a good way for the school to become closer and learn more about each other.

Hawk Families is a group of students grades 7 - 12, randomly chosen, who were paired with a teacher at the beginning of the school year. Already, students have built stronger connections with students and the teacher in their family.